In a week that spanned the spectrum, from uplifting (4 million shots a day) to disconcerting (Texas & Florida ignoring science), surprising (Schumer brings a pot bill to the floor) to slimy (Matt Gaetz, do we need to say more?) there was plenty to chew on before taking the Discourse Deep Dive.

After a year unlike any other in modern times, we saw enormous voter turnout for both the general and run-off elections. Clearly many people who have never or normally don’t vote were moved to cast their ballots. One of the largest demographics was young people, who, in the past several elections, have mostly stayed home.

Robin Biro and David Katzner welcome Mitchell Rosenberg, founder of Simplified, a platform that explains the issues in short, palatable bites, to the youth electorate.

Mitchell is one of a growing number of youth organizers and activists who are taking the political world by storm. These young up-and-comers will be the new flank of the Democratic party and on this episode, he clues us in to what it takes to get young people involved and keep them activated. 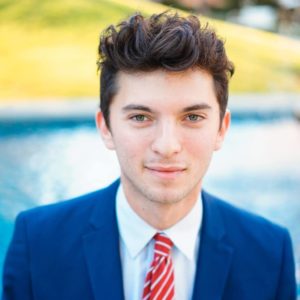